Please vote No on Prop A. The wording sounds awesome (who doesn’t love parks!), but the reality is that there’s no funding model to create the park or keep it up. There’s actually no plan for what it would be either other than “park!”.

If it is defeated because we all voted no on it, and development can move foward we still get a place for people to hang out downtown. It’s just actually funded instead of not funded. We also get more housing in a city that needs so so much housing, we get tax revenue, and we get money for affordable housing.

I’m some rando on the internet though. What do actual organizations in town think?

Well, the Washtenaw Housing Alliance is against it and I think provides the absolute best overview of why this is such a terrible terrible proposal. Here’s the juicy bit if all you care about is “Park!”

Whereas the Core Spaces developer has agreed to build and maintain a 12,000 square-foot plaza on the site for public use for 99 years at no expense to the city as part of the development;

Whereas a citizen-led proposal, known as Proposal A, on the November 6 ballot aims to convert the city-owned Library Lot into a park and public gathering space without an identified source for creation, maintenance, and programming of a park space on the Library Lot, such that this will result in a deficit from the existing Parks and Recreation budget without citizen input;

Based on the above here’s my inflamatory signage designed to make you very very angry if you were planning on voting for Prop A and to feel extremely smug if you were going to do the right thing and vote no on Prop A: 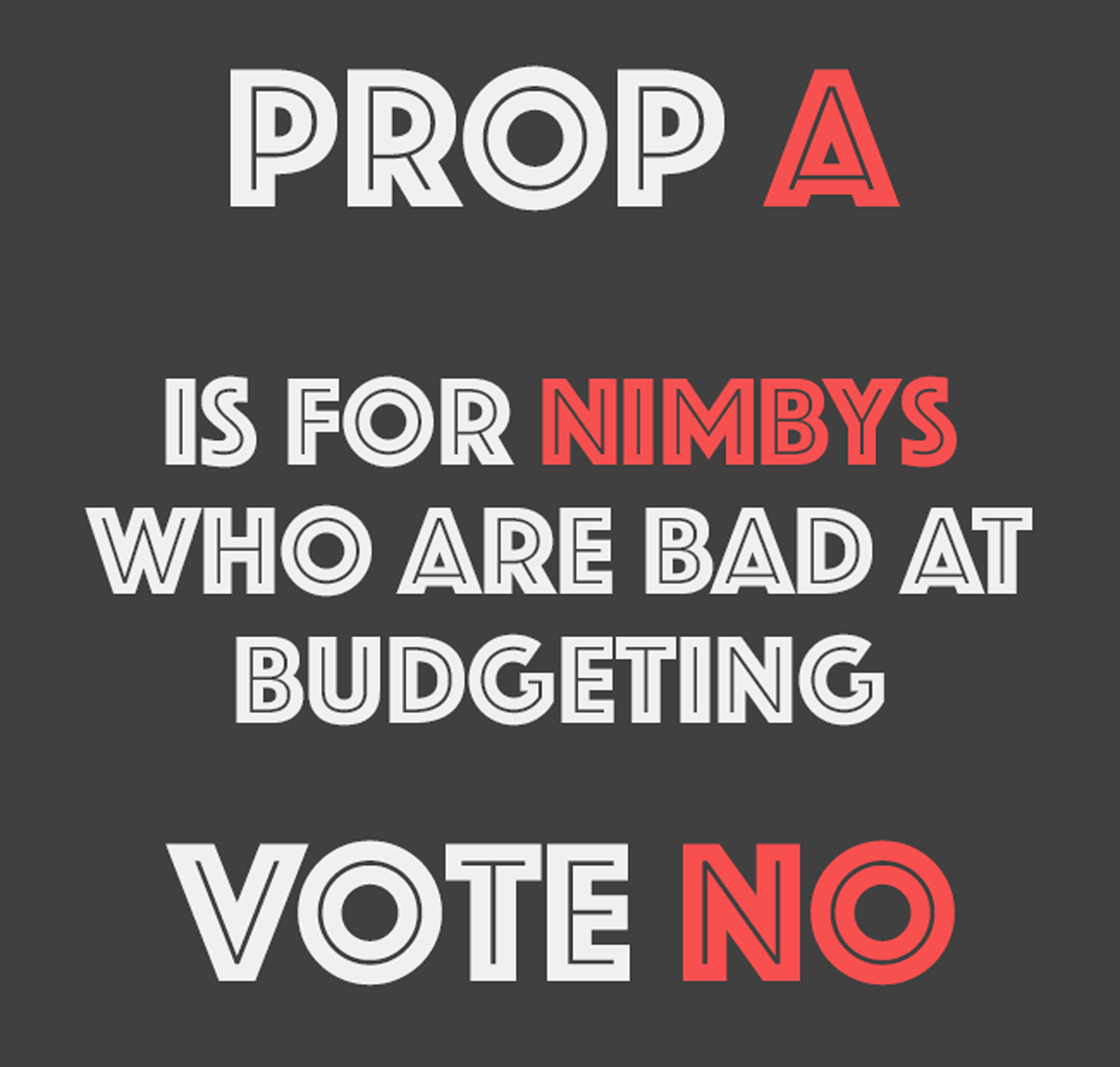 Signage aside, here’s the more important part if you actually care about affordable housing:

Whereas the City of Ann Arbor has agreed to put half the proceeds of the sale of the Library Lot, estimated to be $5 million, into the City’s Affordable Housing Fund to create permanent affordable housing in Ann Arbor;

Whereas the sale of the Library Lot would also allow the City to move forward with opportunities to develop the City-owned “Y-Lot” as a mixed-use and affordable housing development;

Whereas the Core Spaces development will add an estimated $2 million annually in tax revenue that benefits the community in the form of public schools, road improvements, public transportation, and parks;

That’s a lot of money to help affordable housing in Ann Arbor that just vanishes unless you vote no on Prop A. Why do you not want people to be able to live in Ann Arbor?

Oh, also, the library board also says to vote no on Prop A. If the non-profit next door neighbor to the property says that a park is a bad idea what does that tell you?

We Already Have Many Parks

If for some reason you can’t possibly imagine hanging out in a public plaza designed for people to hang out in there are MANY Parks near and in downtown that are already underutilized.

Vote no on Prop A.

For more information on the history of this proposal visit AnnArborVotes.org it’s a fascinating one.